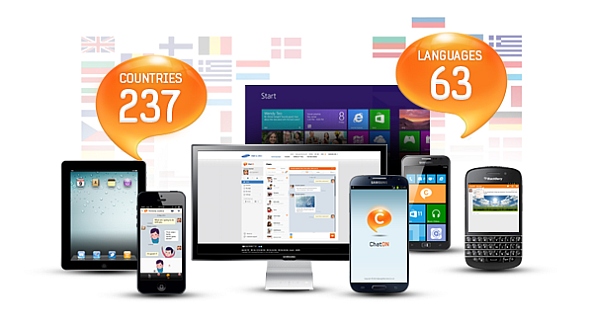 The application industry has been growing and changing very rapidly, and old trends are disappearing while new trends are occupying the spots left behind by those worn out trends on a regular basis. However, there is one chat application that has been popular for more than 3 years to this day, and its popularity is only increasing with the passage of time! The Samsung ChatON App, introduced globally in September of 2011 by Samsung Electronics, has been able to mark a new era in the application world very successfully.

A Whole Another Level Filled with Interactions and Emotions

Accessible in 62 different languages in as many as 237 countries all over the world, the application can not only be used comfortably in mobile phones, but the same is compatible with PCs, tablets and other similar devices as well. Mostly available preinstalled in major Samsung models, this particular app can be easily downloaded from the Samsung App Store too. Moreover, with a straightforward process involving a 5 digit code which is utilized automatically in order to activate the account, the registration is quick as well as simple.

The application is used widely by people of all age groups, and dominating all major operating systems like Android, iOS, Windows Mobile, BlackBerry and more, the Samsung ChatON App has been made in a way as to allow it to be accessed via web browsers too for added flexibility. Working as a fun way or means of communication between friends, colleagues as well as family members, the app has captivated a huge percentage of smartphone users around the globe over the years. Overall, this app by Samsung seems like one that is not going to leave the market very soon.