Things you need to know about Samsung ChatON Messenger

Things you need to know about Samsung ChatON Messenger 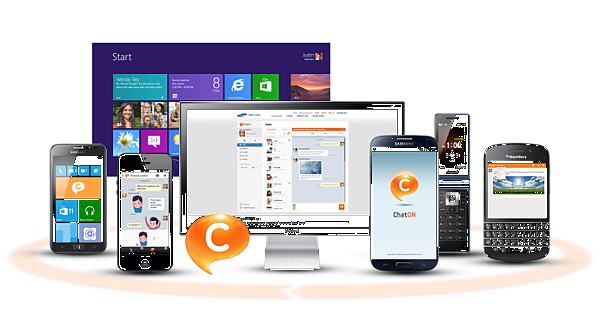 The ChatON messenger is now officially available on iOS, Android, Windows Phone, BlackBerry, bada Smartphones and Windows Mobile. Here, a web client is required for access via web browser to the service. The ChatON messenger users can invite friends via Twitter and Facebook and can also share ChatON data on Facebook.

Among the features of the ChatON messenger, users can create animated messages which the receiver can watch; it can broadcast personal notices to groups on chat room and can share Trunks which has media files stored in it. If the ChatON messenger users have Samsung account then they can use the messenger on any device without bringing the friend list. In other words many can consider the ChatON messenger as an alternative to the application known as WhatsApp.

A brief History on ChatON messenger

The ChatON messenger was first introduced in IFA on 29th of August, 2011. It was introduced in berlin, Germany, which provided its service on Android, iOS, Samsung features phones and BlackBerry. From then it has extended its service on Android tablets, Samsung bada phones and Windows Phones. Quarries may arise that from where this ChatON messenger can be downloaded. You can download this app from Google Play & Samsung Apps if you are Android users, if you are an iOS user then you can download them from Apple AppStore, if you are a BlackBerry user the you can download it from App World and for Windows Mobile users there is Microsoft Market.

For Windows PC, the ChatON messenger runs with all the version of windows, for Mac users it runs on the version OS X 10.6. Higher versions of Mac also support this messenger. The PC has multi windows option, which enables user to chat with their friends and simultaneously share things with others. It doesn’t matter from where you chat; if you delete the users account then all the information that is stored including your friend list is deleted. The web version offers variety of features which helps you to chat with your friends more easily.

After installing, it will automatically search all the contacts and add persons who have ChatON messenger in their phone to the friend list, so you don’t have to worry about individually adding each one.